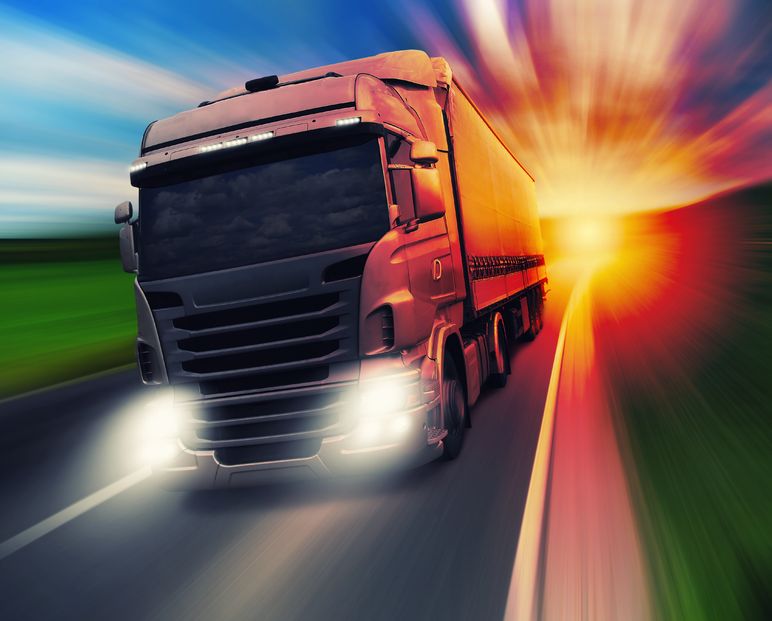 Twenty percent of patients develop a posterior capsular opacity in the months to years after their lens extraction and need a secondary cataract surgery for yag eye laser starburst vision.

What is Posterior Capsule Opacity?

There is a thin capsule that surrounds your natural lens. During cataract surgery, a small circular opening is made in the anterior part of the capsule. This creates a window that allows the surgeon to remove the cataract. When the cataract is gone, the capsule remains behind, like a small bag with an opening in the front capsule. An intraocular lens is placed through the opening and into the capsular bag. The capsule then shrink-wraps around the intraocular lens to hold it in place.

In about 20% of patients, the posterior capsule develops wrinkles or gets cloudy over the course of time. Posterior capsule opacity causes glare and starburst vision. It isn’t a cataract coming back, but since it feels like one, many call this a secondary cataract.

Yag cataract treatment is a procedure that uses pulses of a weak laser to open a small circular opening in the posterior capsule opacity so you don’t have to look through it any more. This treats the secondary cataract.

Will a Yag Cataract Procedure Reduce Glare at Night?

If cataract surgery reduced your glare at night, but then over the course of months, glare returned, then you may be developing a secondary cataract and a yag cataract procedure would most likely reduce glare and starburst vision at night for you. 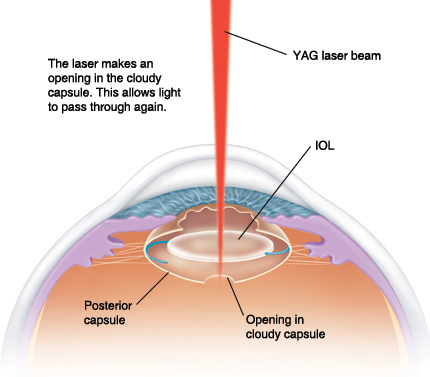 Yag is an acronym for the type of crystal used in the laser used for the yag cataract treatment. “Y” stands for Yttrium. “A” stands for Aluminum, and “G” stands for Garnet. These are the components of the crystal that generates laser light at the 1124 wavelength used to open the posterior capsule.

Yag laser eye treatment was introduced in 1952 and was one of the great advances of our time. Prior to that, if you developed a secondary cataract, a surgeon had to put a needle into the eye and scratch the cloudy capsule out of the way by hand. This was difficult enough that most surgeons removed the entire capsule at the time of cataract surgery and didn’t place an intraocular lens, forcing the patient to wear coke bottle thick glasses for the rest of their lives rather than trying to deal with the secondary cataracts that could develop.

With the advent of the yag catarct treatment, surgeons began to place intra ocular lenses because they could now easily deal with the posterior capsular opacity if it developed.

How does Yag Laser work?

The laser light is quite weak when it is diffuse and not in focus, but when it is brought to a pinpoint focus, it has enough energy to break the carbon bonds of the secondary cataract, turning the capsule into air bubbles. As a result, if the laser is focused perfectly on the posterior capsule, the converging beam is weak enough to pass through your intraocular lens without damaging it, but has enough energy to cut the posterior capsule opacity just behind the intraocular lens.   It is similar to using a magnifying lens where the the impact of the sun’s energy is only registered at the point of maximum focus.

During the yag laser eye treatment, the surgeon cuts a cross into the capsule and the leaflets pull back out of the way. This creates on open area in the posterior capsule and a clear view for your vision.

If any tiny pieces of capsule break free during the procedure they will float around in your visual axis for a few days and you will seem them as floaters. Almost always, these are pulled down out of the way by gravity and you don’t see the floaters after yag anymore.

A PVD (posterior vitreous detachment) is another potential cause of floaters after yag laser eye treatment. The vitreous is attached to the back of your eye throughout your early years. Each year you are alive, it becomes more and more liquid until it pulls away from the retina. When it pulls away, you can see the vitreous floating like little specks or veils (floaters). The chance of this having happened is about equal to your age. For example, a 66 year old has about a 66% chance of already having had a PVD.

Anything that stirs up the vitreous can make this happen at a slightly younger age. Trauma, cataract surgery, and secondary cataract surgery can all make the vitreous detach at an earlier age. If you develop a PVD after yag laser eye treatment, it is wise to see your eye doctor to check for other retinal problems

Is Glare Vision Normal after Yag?

Most patients have yag laser eye treatment to get rid of glare. If you have a significant amount of posterior capsule opacity, then you will likely experience a significant reduction in glare after the procedure. If the secondary cataract is mild, then there could be some other cause for your glare, like dry eye syndrome. In this case, the procedure would probably not decrease your glare.

If you are suffering with glare or starburst vision, you may have developed a secondary cataract. If you have any further questions, please schedule a time to meet with me or post a comment.