“What is LASIK surgery?”, is a common question among those seeking better vision. LASIK surgery is the most popular form of Laser Eye Surgery because the healing is quick and the vision tends to be spectacular by the next morning.

What does LASIK Stand For?

LASIK stands for Laser Assisted In-Situ Keratomileusis. This means that laser is applied to the cornea to change its shape to restore proper focus. 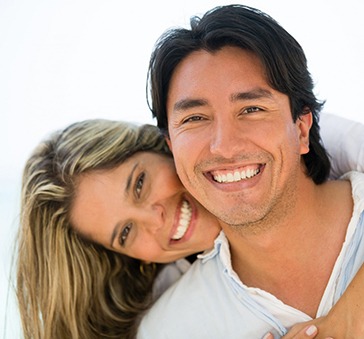 One way to define LASIK is to describe the procedure. In the LASIK prodecure, a thin flap is created on the cornea. This flap is elevated and laser is applied to restore your vision. The flap is replaced and allowed to heal in its original position.

The LASIK flap acts like a natural bandage over the treated area. The discomfort tends to be minimal and last for an hour or so.

Probably the best way to define LASIK is to consider its effect on the lives of the millions that have had their vision restored by laser vision correction. I have had LASIK myself and it has improved my ability to appreciate all the beauty of the Mountains of Colorado.

What Age Can You Get LASIK?

The correct age for LASIK depends on several factors. First, you need to reach the age of accountability so you can consent for an elective medical procedure.  That makes 18 the youngest. Second, your prescription needs to be stable. For many this happens at an age sometime after 21 years old. Third, your cornea gets stronger as you age, so advancing age creates a safety factor for those with thinner than normal corneas. Ultimately, the best age to get LASIK is a decision you make with your eye doctor based on the health of your eye and the strength of your personal desire to see better without glasses or contact lenses.

I only offer bladeless LASIK surgery.

What is LASIK surgery without a blade? There are two ways to create the flap. The razor method is performed with a mechanical microkeratome. It holds an oscilating razor blade that moves across your cornea on a gear track to make your flap.

The greater precision of the laser allows me to make a thinner flap, leaving more of your eye untouched. This improves the saftey of LASIK surgery.

In addition, the edges of your laser flap heal down more firmly with a bladeless flap, leaving your eye stronger and your flap more secure. We have a great mechanical microkeratome that we keep in a case I call the museum.

We originally had the intralase 60 hz laser to make a bladelss flap. We then used both the intralase IFS laser and the Alcon FS200 for a period of time. Ultimately we preferred the intralase IFS and upgraded to that platform. We now make all our bladeless LASIK flap with it. The IFS fires at a very fast rate. This allow us to use smaller spots placed very close together to make the flap bed smoother. This improves the quality of your visual outcome.

Answering the question, what is LASIK, requires an explanation of the excimer laser used to reshape your cornea so you wont need glasses for distance vision anymore. Once the flap is lifted, the excimer laser sculpts the shape of your cornea with microscopic precision to restore proper focus to your eye.

The quality and precision of the excimer lasers has improved over the past twenty years. We have both a VISX S4 and an Allegretto 400 at our laser center. We recommend the laser that will be best for your specific visual needs. As a general rule, I have preferred the Allegretto for LASIK surgery because of its precision and fast eye tracking system.

The eye tracker on the Allegretto checks the position of your eye 400 times per second and makes adjustments to make sure the laser spot is targeted towards the correct location on your cornea. If the verification can not be made, the laser does not release the spot during your LASIK surgery procedure.

Your laser day could be as important as the day you graduate or the day you get married because it can open the door to a lifetime of visual freedom and opportunity. Fortunately, you don’t need to spend as much time with your LASIK surgeon as your fiancé, but you should put some effort into making a good choice.

Choose a surgeon with experience and a proven track record of good results with LASIK surgery. I would insist on a surgeon that gives you a sense of trust. If the chemistry isn’t right, then keep looking. The cost of LASIK surgery matters. I would recommend a focus on quality and value rather than cost alone.

Should I Have LASIK?

I will meet with you to help you decide if LASIK surgery is right for you. There are number of different tests and safety checks that help us determine the health of your eyes and your individual risk profile for LASIK surgery.

I want to understand how you use your eyes and your specific visual needs. All this information allows me to make a good recommendation about the best way to help you improve your vision.

What is the Cost of LASIK?

Another important consideration is, what is LASIK surgery from a financial perspective. Yeah  The Cost of LASIK falls into two basic categories: discount and quality. If older technology is used with minimal interaction with your surgeon, then it can be provided at a discount price.

If state of the art equipment is used with top end safety features and precision with the goal of achieving the highest quality possible, then you will have to pay the quality pricing for your LASIK surgery. I recommend a focus on quality and value to make sure you have your LASIK surgery at a fair price.

You want to be relaxed on the day of your LASIK sugery procedure. Great preparation will help you feel relaxed. We spend time with you to make sure you know what to expect during your LASIK surgery procedure, your Lasik recovery time (first day) and your recovery after LASIK (first month). Lastly, the relaxing pills we provide tend to make the day a white fluffy cloud experience.

If I can help answer any other questions for you the please schedule a time to meet with me or send me a note.