Fast Growing Cataracts Cause Glare and can Occur at any Age

Fast Developing Cataracts can be quite alarming for patients as they see their vision fail rapidly over the course months, or in some cases even in the course of several days.

There are a number of different potential causes of rapid visual loss.  Only an eye exam can determine if your visual problems are caused by cataract.

What is the difference between fast developing cataracts and normal cataracts?

Fast developing cataracts are often a totally different kind of cataract as compared to the standard, slower developing lens problems.

A standard cataract develops slowly over the course of years as the lens inside your eye turns a bit more yellow each year.  The yellowing is noticeable in your forties, progresses through the 50’s, and starts to affect vision in the 60’and seventies when most have their cataracts repaired.

Consider the dilemma faced by your eye doctor.  Your cataracts started developing the moment you where born and slowly progress.  The doctor doesn’t want to alarm you, but at what age or stage should he/she call it a cataract, and even more problematic, at what age should he/she tell you that you have a problem?

Generally, I will say something in the late fifties or early sixties like, “you have the earliest stages of cataract forming, but don’t worry it will be years before we have to worry about them.”  By saying that, I won’t surprise them in later years when they start to cause trouble.

Occasionally, patients with normal slow developing cataracts will present at my office mad at their routine eye doctor because they have just been told they have a cataract and it is time for lens removal surgery.  This makes them think they have fast developing cataracts since they weren’t even mentioned the year before, or it makes them think the doctor missed it on the previous exam so they must not know what they are doing.  The doctor saw the cataract, but just didn’t think it was time to bring it up yet.

Another scenario patients find frustrating occurs when they purchase new glasses but aren’t satisfied with their vision.  When they return to the eye doctor, they are informed that a cataract is preventing good vision and it is time for lens removal surgery.  In this scenario, the doctor was hoping that the new glasses would provide adequate vision so the surgery could be postponed an additional year.

There are several different types of fast developing cataracts like traumatic, radiation, and posterior subcapsular.

Traumatic cataracts are the fastest developing of lens problems.  If the eye is damaged by significant trauma, the lens turns white, causing a cataract to form immediately, or over the course of several weeks/months.  These traumatic cataracts are more complicated as the trauma may have weakened other parts of the eye.

Radiation exposure for cancer therapy can damage the lens and cause fast developing cataracts if the lenses are included in the treatment beam pathway.  Radiation oncologists try to avoid the lens if at all possible. 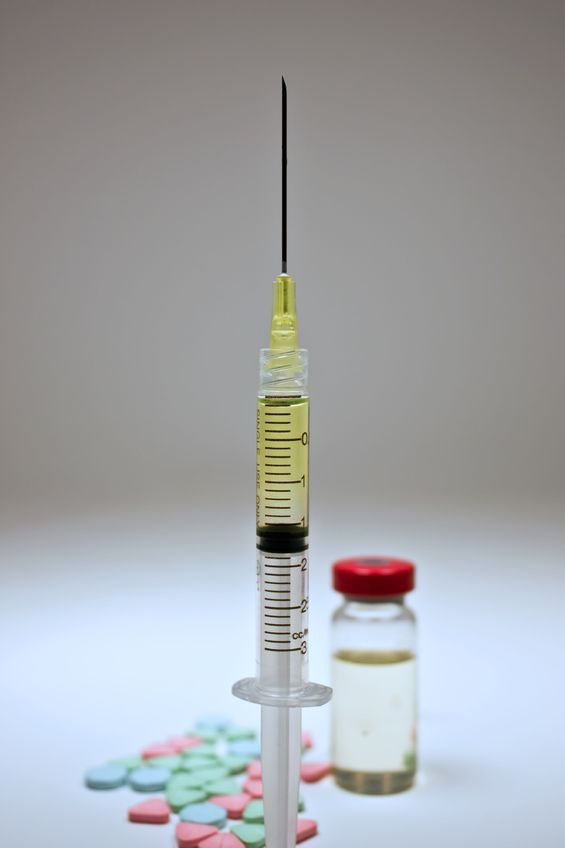 Posterior subcapsular cataracts (PSC) are different than normal age related lens yellowing.  They cause fast developing cataracts in younger patients.  Sometimes these are genetic, meaning that the tendency for developing them is inherited from your parents.  Others are not genetic, but are brought on by the use or drugs like steroids (prednisone) that can cause cloudy changes in your lens. Prednisone is a drug commonly used for asthma, allergic reactions, and rheumatoid arthritis.  Other forms of steroid are commonly injected into sore joints by orthopeanic surgeons.

If you have a PSC cataract with a small plaque in the center of your vision, it will feel like you have a smudge in the center of your vision, but overall the vision is still adequate as you can look around the small spot.  As the posterior subcapsular plaque grows to the same size as you pupil, you can no longer look around it and it will feel like your vision has suddenly worsened profoundly over the course of a week or so.

Some patiets have both a slow developing age related cataract causing yellowing of the lens AND a layer of faster developing posterior subcapsualar cataract.  They will tend to seek cataract surgery at a younger age.

If you have any further questions about fast developing cataracts, please schedule at time to meet with me at one of our offices or post a comment.